Governor of South Sumatra Requests KUR Socialization to be Massive, Because It’s Very Good For Farmers

BerandaWorldAsiaGovernor of South Sumatra Requests KUR Socialization to be Massive, Because It's...

On this occasion, H Herman Deru also emphasized all parties, including the community in agriculture and agricultural extension workers, to play an active role in providing guidance to farmers.

In addition, he also explained that the guidance provided was no exception regarding agricultural financing so that development in the sector could develop more rapidly.

Therefore, he requested that the Society  Mikro Business Credit (KUR) program continue to be massively socialized so that farmers have an understanding of the use of the KUR itself.

“That way for agriculture and KUR can be absorbed very well,” said the Governor of South Sumatra. 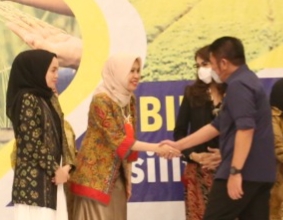 It was also stated that the Government had established a scheme in terms of the KIR. Where the KUR is divided into several clusters. One of them includes KUR for the agricultural sector.

Herman Deru thinks that the KUR is good because the interest rate is very low, the quota is also large.

“It’s a shame if the KUR is not used by the farmers. Of course, through this KUR, development in agriculture can increase dramatically,” he added.

The Governor of South Sumatra is also aware that the lack of farmers using KUR is due to several factors.

“Among them, farmers choose to use savings capital for agricultural land development, even farmers do not really understand the use of banking for the agricultural sector,” he said.

That’s why the Governor of South Sumatra re-emphasized that “Information about KUR must be conveyed properly to the farming community very massively”.

“Give guidance to farmers, so that farmers become bankable,” he said. 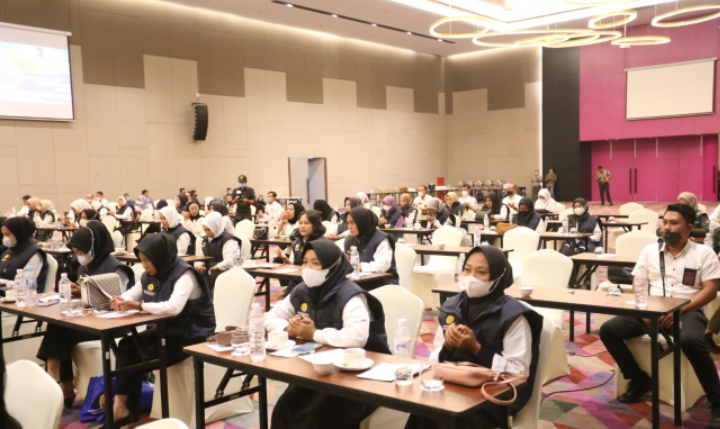 The development of the agricultural sector is indeed very important considering that agriculture is a driver of national resilience.

“Agriculture is a sector that is able to survive in the midst of the problems that hit. Like during the COVID-19 pandemic, when other sectors experienced contractions, but agriculture was still growing steadily,” he explained.

Therefore, he continued, the South Sumatra Provincial Government continues to encourage agricultural development in its area. One of them is by launching the South Sumatra Food Independent Movement (GSMP) which was directly initiated by Governor Herman Deru.

GSMP itself is a step for South Sumatra to change the mindset of its people from being usually only buyers to people who can produce agricultural products.

“The results of the GSMP are quite concrete. The poverty rate in South Sumatra can be reduced through these efforts. Although not 100 percent, but GSMP is playing a role in that. In addition, ahead of major holidays such as Eid al-Fitr, there is no price fluctuation because people can produce their own food,” he said.

However, he admits, GSMP is not easy, not as that easy to do. It takes time, consistency and an unyielding attitude so that people can participate in the GSMP.

“This is the role of women. Women farmers must be at the forefront to invite and set an example. Women must walk in front of socializing GSMP and agriculture,” he added.

According to Indah, the Indonesian Ministry of Agriculture targets the guidance to be held in 34 provinces by inviting 100 participants at each meeting.

“This guidance is carried out to provide an understanding of agriculture. This is also our effort to overcome the global food crisis that is currently happening in several countries,” he explained.

One of the goals to be achieved is to build and fulfill the knowledge of women in agriculture.

Indah explained, in agriculture, the role of women is very important. Because in practice, for example, in terms of presenting various MSME programs from women related to these agricultural products.

“This means that we are trying to make sure that in the midst of the food crisis, there is an alternative food that can be used as a solution to replace the food that is experiencing the crisis,” he explained.

It is known, in the technical guidance, the Indonesian Ministry of Agriculture also launched an agricultural strategy, increasing agricultural capacity, and utilizing local food in a massive and sustainable manner.

The technical guidance itself will be held for two days from August 3 to August 4, 2022 and is attended by participants from 10 regencies and cities in South Sumatra. 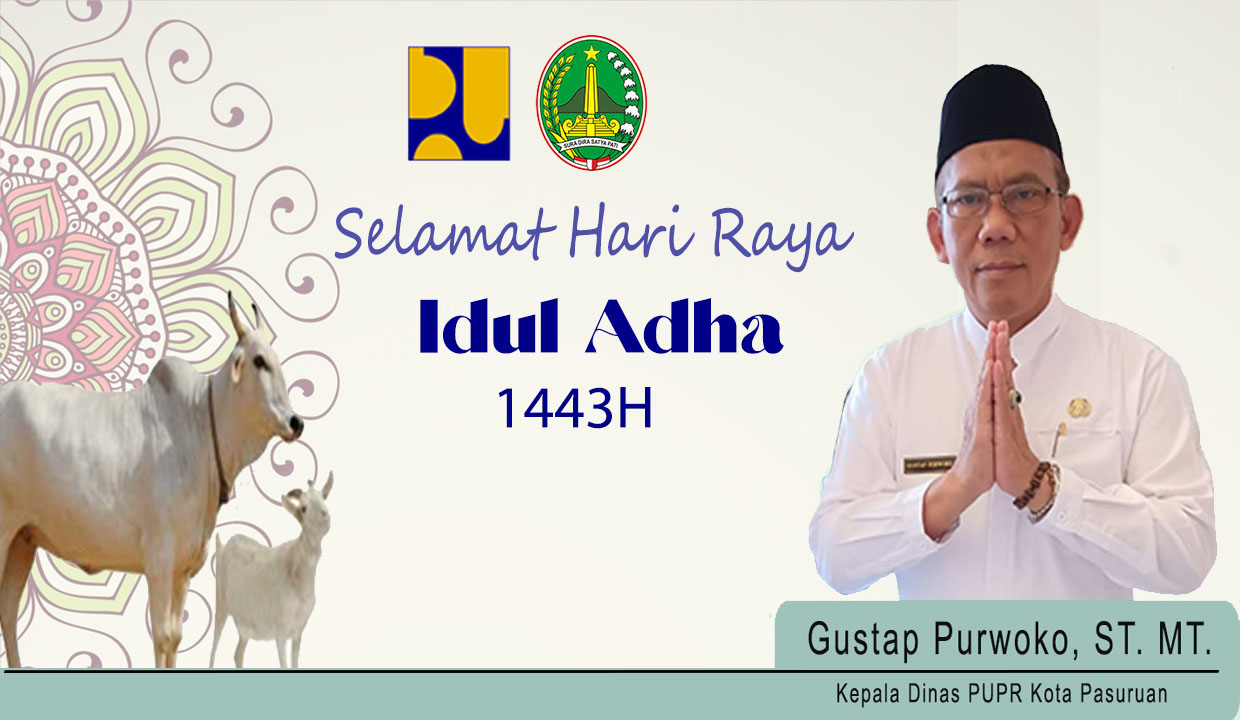 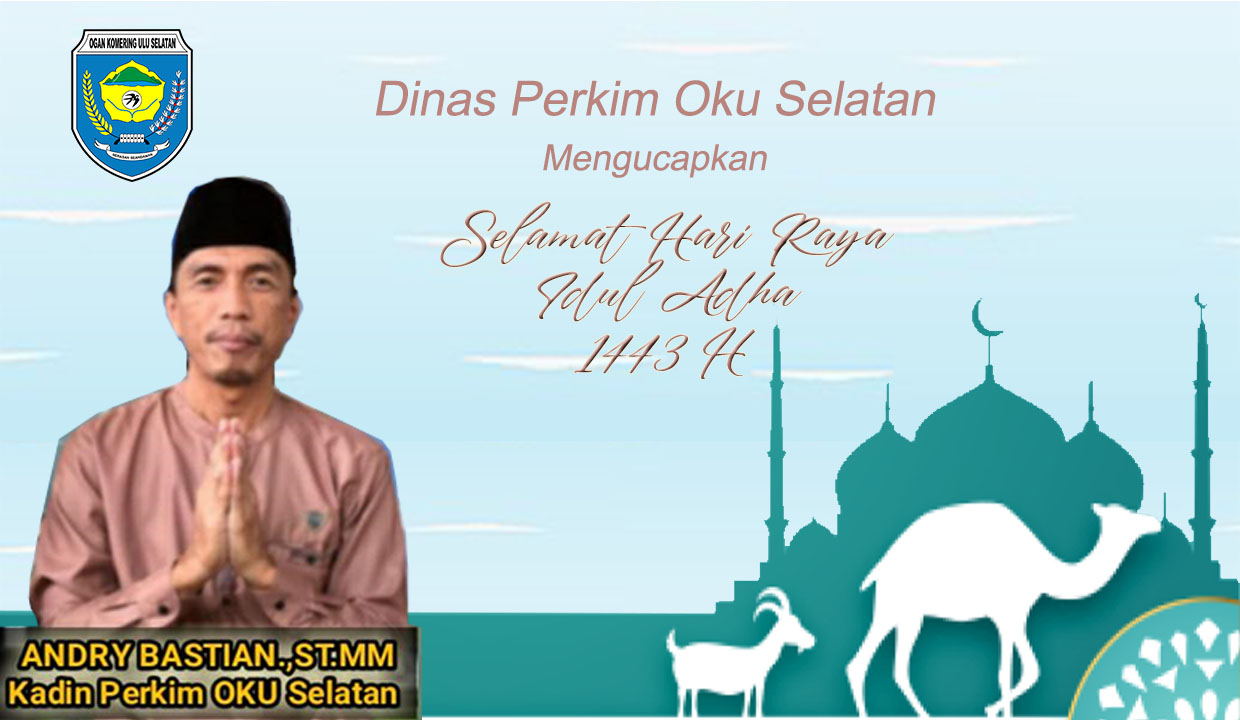